From dream to reality

The discovery and recovery of the shipwreck La Belle, LaSalle’s French ship of discovery and conquest (1995) in Matagorda Bay on the Gulf Coast of Texas.

Texas Archeological Headquarters in the South Bay Marina at Palacios, Texas displayed the first model of what the archeologist thought the ship might look like.  Lane Hollister and the late Roberta Ripke, who were both sailing crew members of the Columbus Fleet, Ships of Discovery in Corpus Christi, TX began to discuss the dream of having a sailing replica of the Belle. 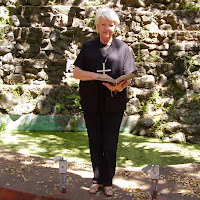 As Executive Director of the Palacios Area Fund of the Communities Foundation of Texas, Roberta saw that the proposed project would fit well with the function of the fund; “The broad field of civic and charitable endeavors benefiting the community and its citizens.”  The project was then set up and administrated under the Palacios Area Fund.

Connections were made with other replica square riggers programs such as the “Federalist” a replica of a vessel given to George Washington, and the replica of the continental naval vessel “Providence”, the first command of  John Paul Jones  which spurred us on to dream big.  The reality of size, wooden ship maintenance and expense reduced our dream from 50’ down to 25’ in length. 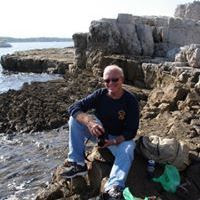 John DeBry, director of the Center for Historical Archaeology, helped with detailed drawings and plan details shared, with historic construction information.
Our hull was based on plans of a “Ship’s Boat”, like the Federalist.  Various plans were obtained from the naval archives at the Smithsonian. Based on the length and shape one plan was selected and then hours of transposing and overlaying sketches resulted in a facsimile of the Belle, which due to it’s reduced size was soon being referred to as “La Petite Belle”.

Since a wooden hull was problematic, local boat builders steered us to Sintes Fiberglass Design, of Metairie, LA, and the ribbed fiberglass material called C-flex, which was also used to build the hull for the “Providence” vessel. The Sintes Company took our plans and designs and sent back plans for the plug mold and materials, which were assembled and the hull-shell built under direction of Terry Mosier.  Later the hull was moved to Lagasse Marine Ways, where the hull design was further developed and fiber-glassing the hull completed.  The engine was installed and then due to a variety of reasons, no work was done for several years.

In the summer of 2011, a local resident showed interest in completing the project.  A committee of interested parties was formed under the leadership of the Palacios Area Fund and several meetings held to discuss continuation of the project. As a result, the project moved ahead with the vessel being moved to a shop loaned to the project by the Matagorda County Navigation District #1. Construction resumed in August of 2011.

The vessel was ready for launching in December of 2012.  The Welded Boat Company donated the use of their shipyard and launching facilities for final preparation.  The La Petite Belle was launched there on December 14, 2012.  At this time, the masts and yardarms were ready for painting and fitting out. Prerigging was completed and the masts were installed on Feb. 23, 2013.